HOOKSETT, NH -- The New Hampshire Avalanche are pleased to announce that Cole Paredes has committed to the Wentworth Institute of Technology (WIT) for the fall of 2022. The '01 native of Norwalk, CT joined the Avalanche in early November, and in 26 total Eastern Hockey League (EHL) games to date, he's tallied 14 points to his credit.

"Cole started this season in the NAHL and NCDC, and then finally found the perfect home with us," said EHL head coach and general manager Chris Cerrella. "We provided Cole with a home where he could concentrate on playing and not looking over his shoulder. He put a lot of time into his game and was a great addition for us this year. He is a very good student, a great hockey player, and an even better young man. He is going to bring a lot of speed and energy to the Wentworth line up next season. I am very happy for him and wish him the best of luck in the future."

When Paredes arrives on campus in the fall, alongside him will be one of his current teammates in Hunter Wilson. Also joining the pair of Avalanche will be Nick Bosch from the New England Wolves, this week's opponent for the Avalanche in the North Division Finals. Regardless of the outcome of the upcoming series, Paredes is beyond grateful that his time with the Avalanche led to this commitment.

"I’m extremely excited to announce my commitment to attend Wentworth to pursue my academic goals and to play hockey at the NCAA level," said Paredes. "I would like to thank Coach Cerella and the entire Avalanche organization for providing me opportunities and for preparing me to play hockey at the next level.  I would also like to thank my friends, coaches, teammates, family, and especially my parents, for all the support and many sacrifices they have made for me throughout my hockey career."

With this weight now off of his shoulders, Paredes is put his attention fully towards earning some bragging rights over Bosch and the Wolves. Game #1 of the best-of-three series is set for Thursday afternoon at 1:30 pm, at the Ice Den Arena. 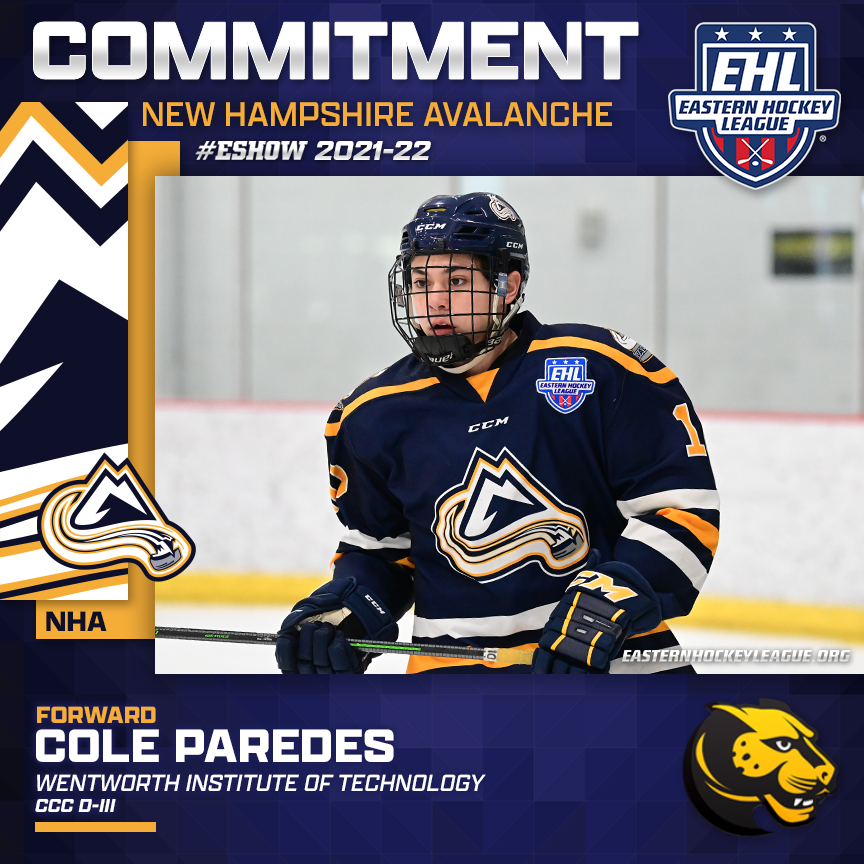