HOOKSETT, NH -- The New Hampshire Avalanche are pleased to announce that Hunter Wilson has committed to the Wentworth Institute of Technology (WIT) for the fall of 2022. The '01 native of Westport, CT is in his 2nd season with the Avalanche, and through 43 career games in the Eastern Hockey League (EHL), Wilson has notched 12 assists to his credit.

"Hunter has been a staple for us both on and off the ice this season, " said EHL head coach and general manager Chris Cerrella. "He competes every day, defends well and plays the game the right way. He doesn’t take many days off and it shows. He has worked hard in the classroom, the gym, and on the ice, and now he has reached his goal of playing NCAA college hockey. Wentworth is a great fit for him academically and athletically. I am looking forward to watching him grow as a young man and player in the future. I wish the best of luck to Hunter and his family, he will be tough to replace."

Wilson is one of two players from EHL's North Division heading to WIT this fall, as he will join up with Nick Bosch of the New England Wolves. Overall, Wilson is the 24th player in league history to commit to Wentworth.

"I'm very excited to further my hockey and academic career at Wentworth," said Wilson. "It is an exciting time for me ,and now I can focus completely on finishing my season with the Avs. I want to thank Coach Cerrella and the Avalanche for all they have done to prepare me for college hockey.  I can not thank my family and teammates enough for the support that they have given me to play hockey at the collegiate level. I am excited to be a part of the Wentworth community next year."

Wilson and the Avalanche have just a pair of games remaining on their regular season schedule. If they can win both contests against the East Coast Wizards and the Boston Jr. Rangers, they will officially secure the franchise's first-ever EHL Regular Season Championship. 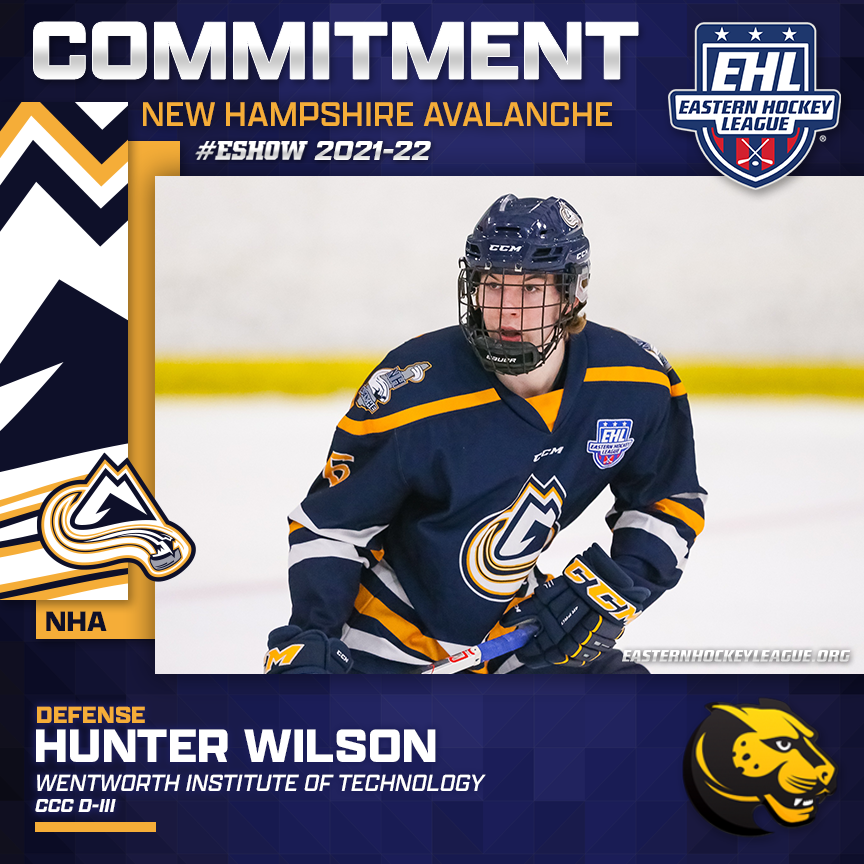