HOOKSETT, NH -- The New Hampshire Avalanche are pleased to announce that Mitch McGinn has committed to the Wentworth Institute of Technology for the fall of 2021. The 2000-born native of Salem, NH came to the Avalanche following three solid seasons of prep hockey at The Governors Academy in Byfield, MA. McGinn was a Captain and a playmaker at Governors, and he's brought those same traits with him to the Eastern Hockey League (EHL).

"After a season ending injury half way through his last year of prep hockey, Mitch had one thing in mind, getting back on the ice and getting college hockey attention, he did just that with us," said EHL head coach and general manager Chris Cerrella. "Mitch had a few good options and Wentworth ended up being the right fit for him both on and off the ice. I could not be happier for Mitch and his family and he is going to be an awesome addition to the Wentworth athletic and academic community. I wish him and his family the best of luck and look forward to following his collegiate hockey career."

With McGinn's commitment, the EHL sees its streak extended, as at least one player has chosen the Leopards in all eight seasons since the league was formed. As Cerrella mentioned, McGinn battled back from injury to earn this commitment, and he's beyond grateful to everyone who helped support him along the way.

"I am very honored and excited to announce my commitment to the Wentworth Institute of Technology, to continue both my academic and athletic careers," said McGinn. "I would like to thank both Coach Cerrella and Coach Martiniello for everything they have done this year, as well as my family, friends, teammates, and former coaches. It has always been a dream to play college hockey and I could not have got here without everyone who has helped me along the way. I can’t wait to be a Leopard!"

The Avalanche are once again leading the way with the most NCAA Commitments in the league, all while sitting at the top of the North Division standings. In the fourth year of the program, New Hampshire has clearly established itself as a prime destination for aspiring hockey players. 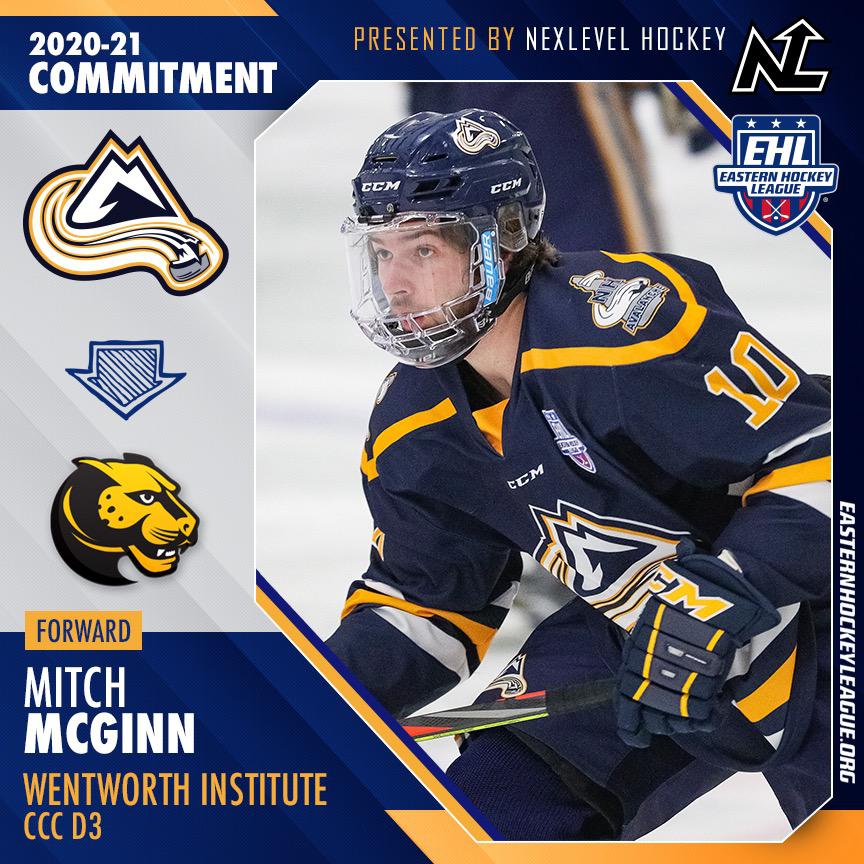