HOOKSETT, NH -- The New Hampshire Avalanche are pleased to announce that Mark Blaney has committed to Saint Anselm College for the fall of 2021. The '01 native of Braintree, MA came to the Eastern Hockey League (EHL), after developing for a pair of prep seasons at the Tilton School. In 19 total games to date, Blaney has notched a goal and four assists to his name.

"Blaney has done a great job transitioning from Prep to Juniors," said EHL head coach and general manager Chris Cerrella. "He is a great skater and has a high-end compete level. It’s going to be fun to watch him play college hockey, and I think the best hockey for him is just ahead. He is a great young man and Saint Anselm is getting a great addition to their hockey program and academic community."

Blaney was named an EHL All-Star back in November, joining a list of players that also included four other members of the Avalanche. That recognition was one of many factors that helped the defenseman solidify the program for the next step in his hockey career.

"I’m very excited to join Coach Rocha and the Hawks in the fall," said Blaney. "Saint Anselm has always been a school I have wanted to attend and I’m excited that I am being given this opportunity. I would like to thank my parents, teammates, Coach Cerrella, and the entire Avalanche organization. I look forward to finishing the season strong in the EHL, and getting ready for my next chapter on the ice and in the classroom. "

Blaney and the Avalanche kick-off the 2nd half of their 2020-21 season this upcoming Wednesday against the New England Wolves.

Heading into the final stretch, New Hampshire sits at the top of the North Division standings, as they prepare for a playoff run that they hope will send them back to the EHL Frozen Finals. 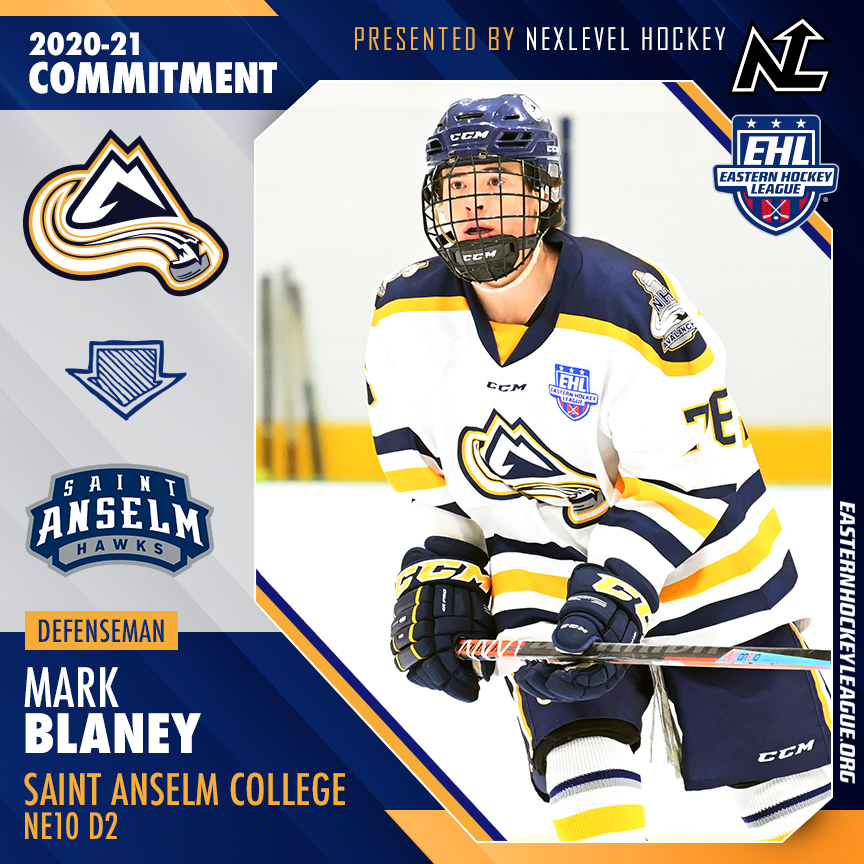