HOOKSETT, NH -- The New Hampshire Avalanche are pleased to announce that George Vonakis has committed to Curry College for the fall of 2020. The '99 native of Abingdon, MD joined the Avalanche in early February, and tallied five assists in his first eight Eastern Hockey League (EHL) games with the team.

"George came to us late in the season and immediately became an integral part of our team," said EHL head coach and general manager Chris Cerrella. "He has worked very hard on the ice and in the classroom to get where he is at this point in his hockey and academic careers. Curry College is not only getting a good player, but also a good young man. He will be a great addition to the Curry community. I could not be happier for George and his family and we wish them the best.”

Overall, Vonakis played in 73 total games in the EHL, tallying 24 goals and 63 assists during that time. The veteran forward also spent time developing his game with the Philadelphia Little Flyers and the Railers Jr. Hockey Club, as all three programs helped prepare him for the next level.

"I am proud to announce that I will be continuing my academic and athletic careers at Curry College," said Vonakis. "Endless thanks go out to my mother and father, my brothers, Coach Cerella, Coach Mello, the Addesa family, my wonderful billet families and all my teammates throughout my junior career for their continued support. Finally, I would like to thank Coach Manastersky for this incredible opportunity. I am extremely excited to become a Colonel!"

Vonakis is the 19th commitment of the season for the Avalanche, and the 53rd commitment in just three years since the franchise was formed. The talented playmaker is also the first member of the Avalanche to choose the Curry program, setting the foundation for a new NCAA pipeline that future players can consider. 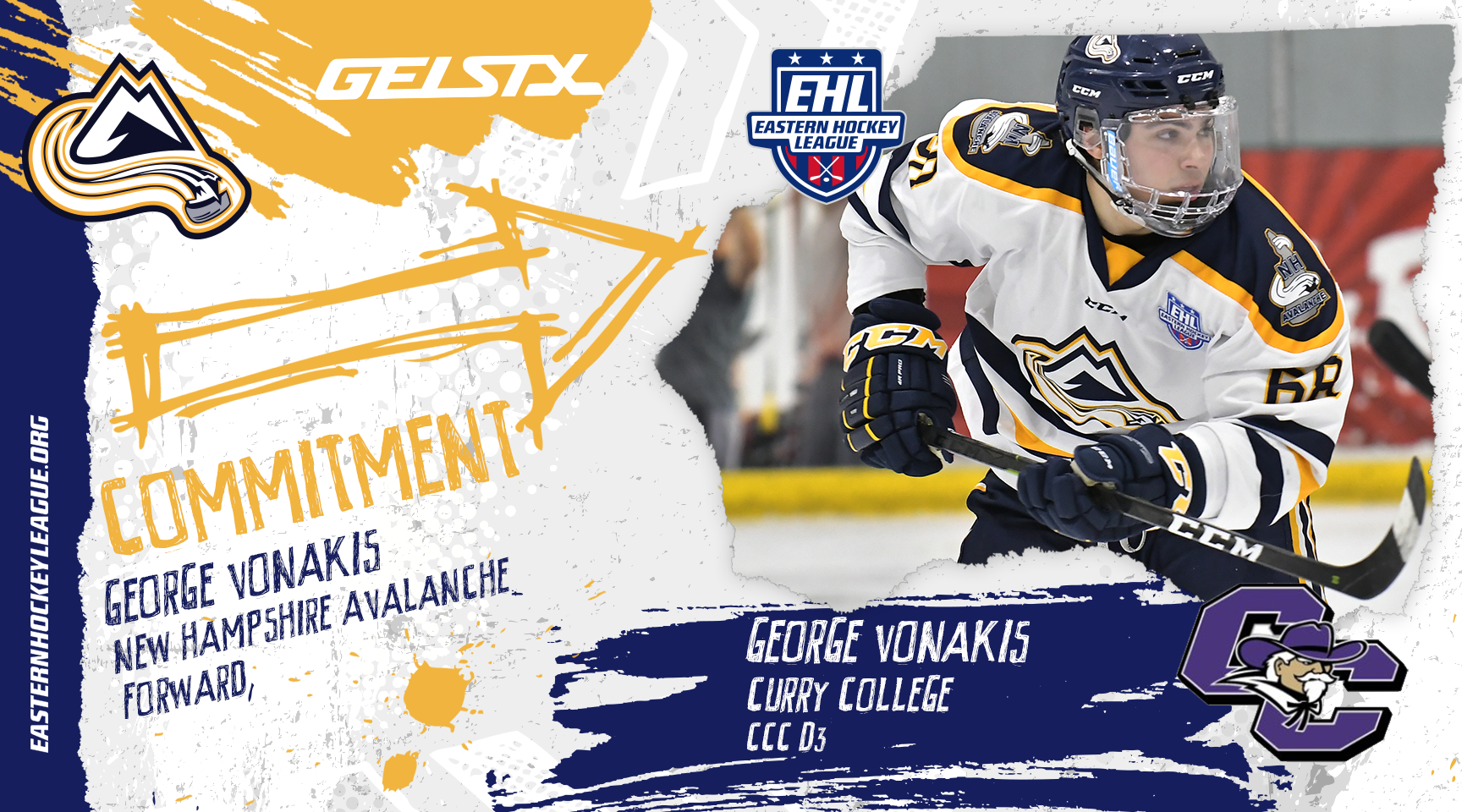