HOOKSETT, NH -- The New Hampshire Avalanche are pleased to announce that Matt Gagnon has committed to Southern New Hampshire University (SNHU) for the fall of 2020.

The '99 native of Atlanta, GA unfortunately saw his 2019-20 campaign cut short due to a season-ending injury, but prior to the setback, Gagnon had racked up a total of 35 points in 50 career games in the Eastern Hockey League (EHL).

"Matt is a pure competitor that would be a great addition to any college hockey locker room," said EHL head coach and general manager Chris Cerrella. "I am very happy that Gags reached his goal to play college hockey in the near future. He is going to be a great addition to the Southern New Hampshire community. I wish him and his family nothing but the best in his next chapter. Great job Gags!"

For Gagnon, a peace-of-mind factor that he considered was staying in the friendly home confines of the Ice Den Arena. The SNHU Penmen also call the Ice Den their home, which will be great for Gagnon when he is looking for a little extra ice time while recovering from his injury. Gagnon took some time recently, to talk about his decision and thank everyone that helped him along the way.

"As a boy from Georgia, growing up, it was a little out of the norm, as well as expensive to play hockey down there as a child, so first and foremost I want to thank my parents and my family, for giving me the opportunity to play the game I love and support me doing it for my entire life," said Gagnon. "Leaving Georgia and finding a great college to continue hockey as well as life was a task that I couldn’t have done without the entire Avalanche organization, and to my coaches who brought me up along the way. From Coach Sauce and Coach Soryal at 18s, to Coach Mario and Coach Cerrella throughout my junior hockey career, I can really say that the Ice Den contains a really special family to me throughout, and I just wanted to thank everyone who made it that way and helped make me into the person I am going into Southern New Hampshire University."

For many players, not being able to play would be beyond difficult to cope with. However, while Gagnon is disappointed, he also owns an infectious and positive personality around all of his teammates. While he may not be able to contribute on the ice, Gagnon will be there every step of the way down the stretch, as the Avalanche make a run at their 3rd straight EHL Championship. 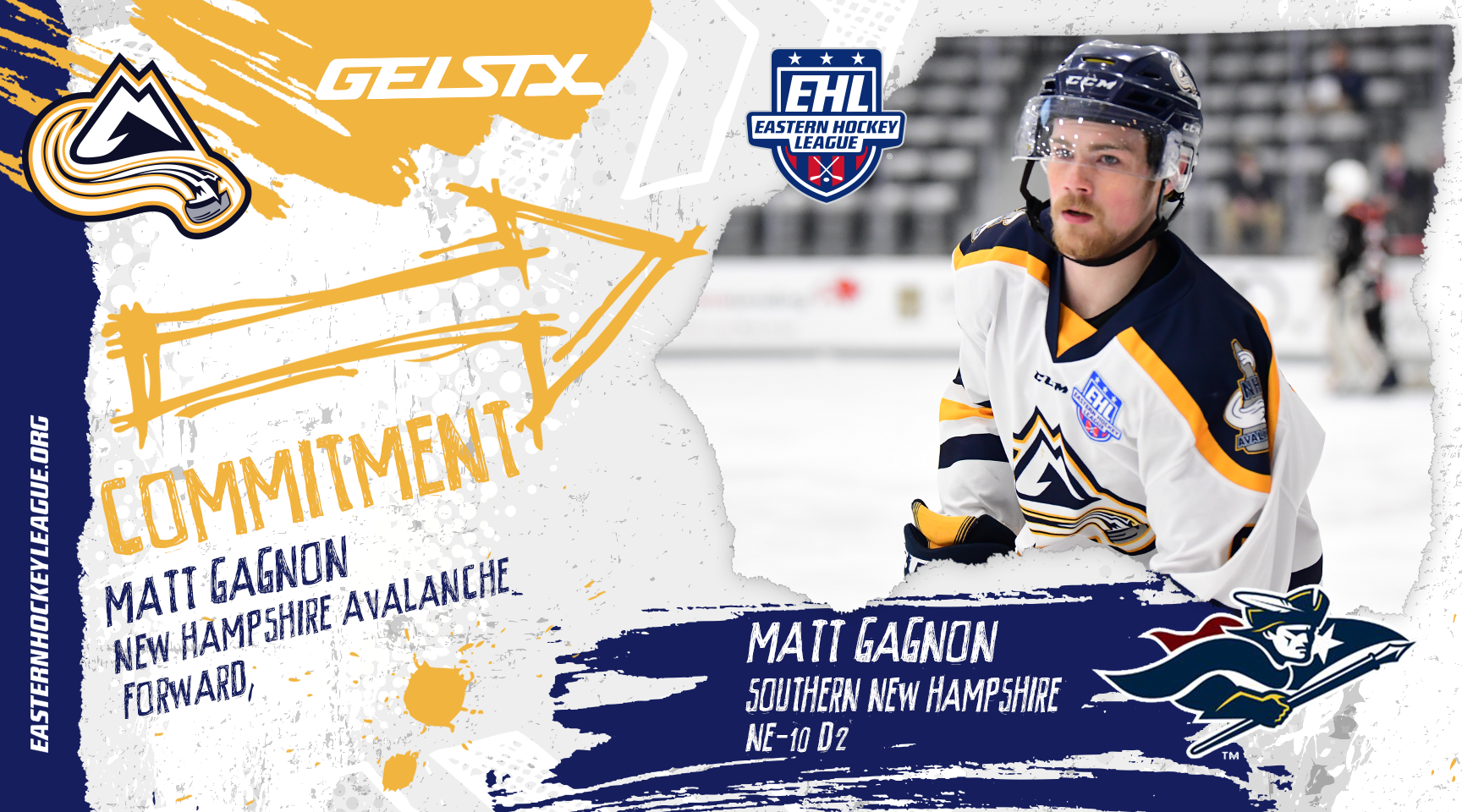