HOOKSETT, NH -- The New Hampshire Avalanche are pleased to announce that Jake Iida has committed to Tufts University for the fall of 2020. The 2000-born native of Yorba Linda, CA is in his first season with the Avalanche, and to date, he's tallied 15 points in his first 25 games in the Eastern Hockey League (EHL).

"Jake had a good season at Tilton Prep last year and came to us for a final year of development," said EHL head coach and general manager Chris Cerrella. "Jake has a ton of upside to become a high-end defenseman at the Division III level. He worked very hard on the ice and in the classroom, and that helped him get recruited to Tufts. I wish Iida nothing but the best as he is heading to a great academic institution, and is going to play in the very strong NESCAC; he can’t ask for anything more."

In just his first season in the EHL, Iida has immediately caught the attention of coaches all across the league. The recognition earned Iida a spot on the 2019 EHL All-Star Team, where he scored Team EHL's first goal of the series against Fitchburg State. Iida is beyond grateful for the experience he gained with Team EHL, as well as throughout the year so far with the Avalanche.

"After realizing my dream of being accepted into Tufts University, I would like to thank my teammates and coaches who have helped make this year extremely special," said Iida. "I would like to thank the New Hampshire Avalanche organization and especially my coach, Chris Cerrella, for his constant support of me and helping me grow both as a player and person. He passes on his extensive knowledge of the hockey world to all his players in order to advance us all to the next level. I look forward to being a Jumbo next year and cannot wait to see what the rest of season brings."

Iida and the Avalanche hit the holiday break in 4th place in the New England Conference with an overall record of 19-7-3 in their first 29 games. Coming out of the break, the team will return with a road matchup on January 8th against the Valley Jr. Warriors. 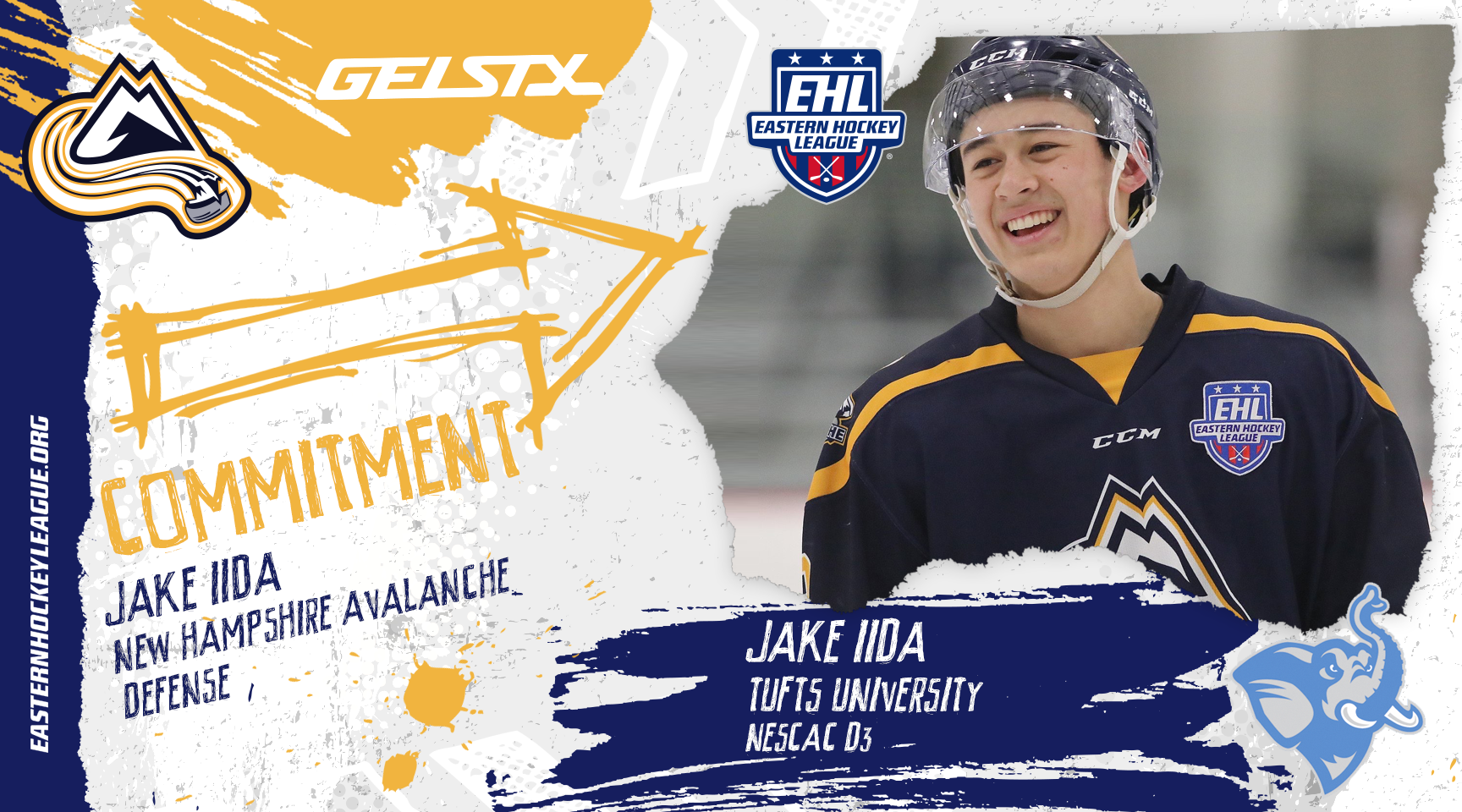