WATERVILLE VALLEY, NH -- Our 2010 NH Avalanche Squirt Elite Team are the champions of the 2019 Waterville Valley Mountain Shootout Tournament for the squirt division!  The team went undefeated on the weekend (4-0-0), an impressive showing for a tournament that brought a lot of competitive play.

There are two words to best describe the hockey this team played this weekend: grit and perseverance.  The team never gave up; every period was hard fought till that last buzzer sounded.  Overall, our team played their hearts out on both the offensive and defensive fronts.  Leading the team offensively with goals and assists were Wesley Clark (#7), Dax Bekar (#34), Colin Hamlin (#24) and Brayden Drew (#13).  Defensively, Chloe O’Toole (#2) and Mitch Ricard (#6) stood out with their strong and consistent battles to the puck, dominating in defense.  Our goal tender, Ron Brenner (#16) was clutch in the net the first game, and alternate goalie, Evan Ladd was essential to our win in game 2.  The first two games were very close, but our team came out on top in both, showing great resilience.

In the third game of the weekend, Brenner lead us to victory with his first shutout of the season against the Greater Lowell Hawks.  Team play was huge in this game as we saw our team move the puck at their best.  Bella Garvin (#27) and Kellan Marino (#44) made some great passes and drives to the net.  Valiant effort by our forwards Chase Giampa (#88) and Olivia Giampa (#12), who pushed hard keeping the puck moving and never giving up, as well as Jack Rodrigue (#10), Emilie Poirier (#23) and Maci Laurendeau (#8), who were essential in the defensive zone, beating the opponent to the puck consistently.   We cannot forget our team player, Cole Cameron (#37), who rooted on his team for the entire tournament from the bench due to an injury.

We closed out the weekend victorious in our championship game against the CM Revolution, 6-3 was the final.  Balanced offense, defense and goaltending and a complete team effort contributed to this hard-earned victory.  We are so proud of all our players. 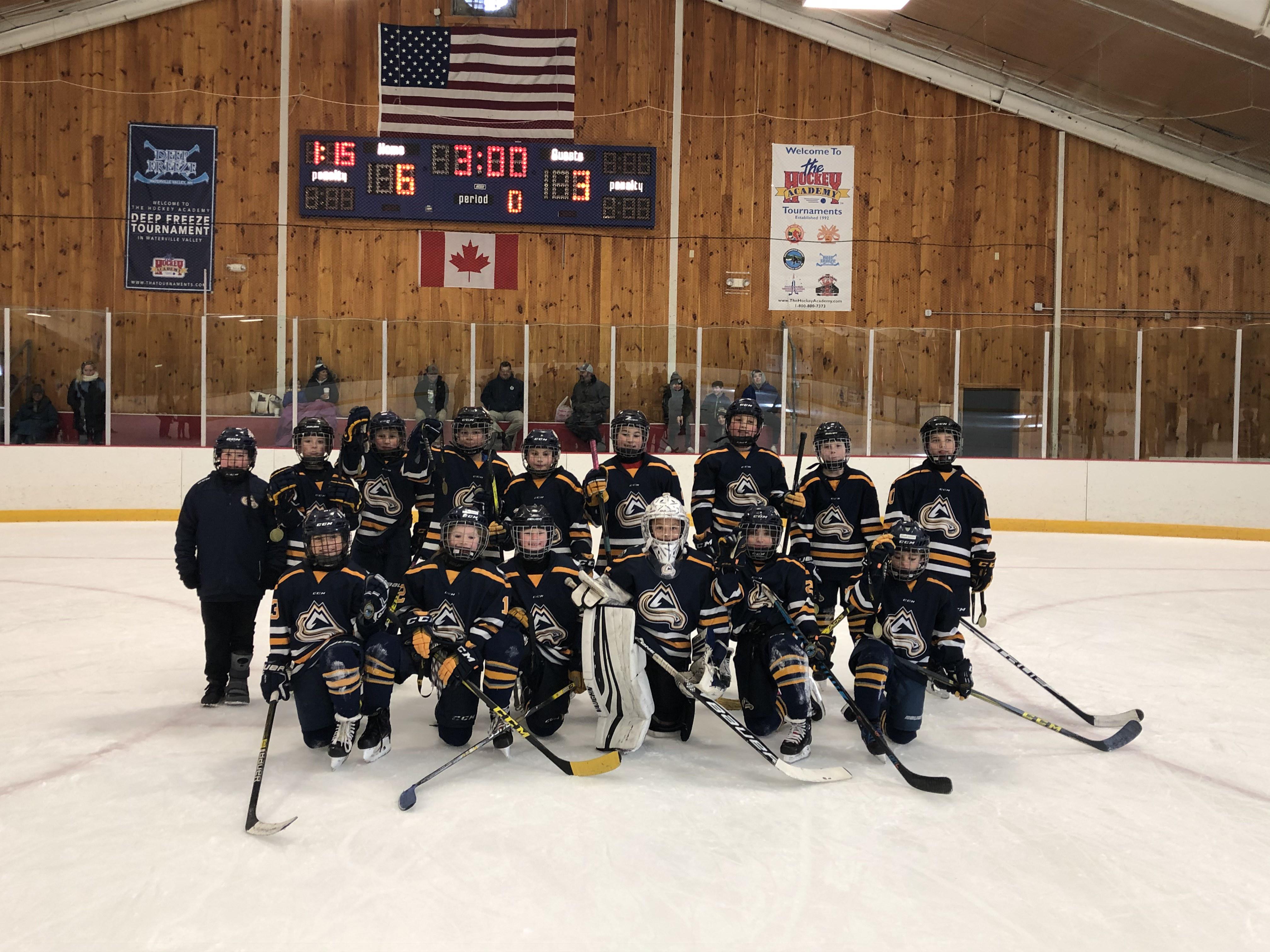 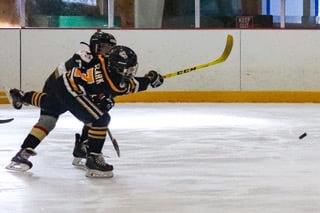 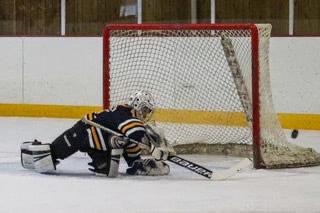